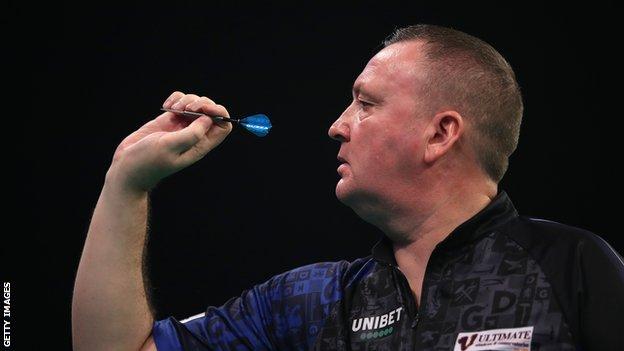 Born in Middlesbrough in England, Glen Durrant is an English professional darts player. He is a three time winner of the BDO World Darts Championship and has been currently playing in the Professional Darts Corporation (PDC) events. Durrant started playing darts in 1985, however, he made his first professional major appearance in 2004 at the Winmau World Masters where he had no luck. He is nicknamed Duzza.

The Middlesbrough dart player, Glen Durrant has been a part of British Darts Organization (BDO) from 2004-2019. He will always remain a reigning player in the history of BDO. He has won three BDO World Championships consecutively in the years 2017,2018 and 2019. Durrant has also won the title of World Masters in 2015 and 2016 followed by victory in World Darts Trophy in the year 2018. Currently, he has a world ranking of 13 and has 9 televised titles and 2 non televised PDC titles.

Glen Durrant won his first major International tournament in 2012, the title EDO England Classic. As a skilled player of darts, he made his debut at the World Championship in 2014, however he could not make it then. Regardless of his exceptional performance in the BDO World Championship, Durrant decided to enter the PDC Q-Schools in 2018. After his consecutive losses, Durrant succeeded to grasp his two year PDC Tour card in January 2019.

Glen Durrant suffered from Bell’s Palsy in 2004. However, he changed the negativity of the disease to a positive approach. This changed his demeanour from an aggressive, excited player to a calm and composed one. Today, he is famous for his calm act at the oche and his incredibly measured throws. After making a history in BDO, now Durrant is all set to rule PDC.

We’ve collated some frequently asked questions about Glen Durrant for your reading pleasure. Get to know the man!

What is Glen Durrant’s nickname?

How old is Glen Durrant?

Where was Glen Durrant born?

Middlesbrough, England, which he also calls his hometown.

When did Glen Durrant debut?

Glen made his first professional appearance in 2004 at the Winmau Worl Masters.

What Darts does Glen Durrant use?

What was Glen Durrant’s walk on song?

Glen has chopped and changed throughout his career, however in 2020 he walked out to “Pump It Up” by Endor in 2020.

How good was Glen Durrant at darts?

Glen was a fantastic player, notching up several championships and titles, Glen simply was one of the best.

Who is Glen Durrant’s wife?

Glen is happily married, however his love life has been somewhat been kept in the shadows. With respect to Glen, we will keep it this way!

What is Glen Durrant’s net worth?

Glen’s net worth is estimated somewhere between $2.5 – $5 million, however with the success he’s achieved, it would surprise no one if this was a much higher figure.